A short video to get an impression of the environment. Soundtrack by Job Roodhuizen

The statue of monk Tishen

Close-up of the polluted well. I wanted to try out the 'Single Layer Water' shading model introduced in UE 4.25. I wanted to get the feeling of heavily polluted, stained water.

The hole in the ceiling, giving a glimpse of the city above

The room as seen from a higher point. I used Houdini to create a simple asset to create the cables seen here. I'm still new to Houdini and wanted to find a useful place to incorporate it into my workflow.

Overhanging pipes, being supported by ropes.

zBrush sculpt for the trimsheet

details, these were loosely based on / inspired by patterns from reference pictures of the Adalaj Stepwell in India.

zBrush sculpt for the statue

zBrush sculpts for some additional assets

A sketch that I did before starting on the block-out

Gif showing some of the process

Vertex-paintable water puddles using a height map to give some control over where the floor should be more wet.

For quicker iteration I created a material that picks a different graffiti mask / color from a texture atlas based on world position. I also used a sphere mask in the material, to control saturation around the focal point and keep a balanced composition.

Shader complexity. I was careful to put the more usecase-specific features of the master material behind static switches to keep reusability and performance in mind.

Situated below a polluted city, Tishen's Well is an underground well and temple once used to supply the people with water all year round. The entire room would capture water and flood during the wet season, and hold it during the dry season. In the past, the people followed the teachings of monk Tishen that said to move with, not against nature. This temple was an expression of that philosophy. Over the years however, the people got greedy. Society industrialized and the temple was forgotten. The modest town that once relied on this well for water, sprawled into a polluting metropolis. The temple became nothing more then a curiosity for some of the locals that knew of its existence.

In this environment I wanted to improve my skills in modular environment building, as well as demonstrate my ability to contruct a cohesive environment from concept to game-ready. I tried to create a contrast between the old and the new. The monk, meditating between the two pillars carved in the shape of a tree, represents the old philosophies. The pipes, surrounding the monk as if being imprisoned and the polluting of the well represent the new.

I started work on this environment during the CGMA modular environments course. As I had to combine this with my job, after the course I took a short break from this project for several weeks and finished it in my own time. Thanks to Clinton Crumpler for providing me with valuable feedback!

As always I keep seeing things that I wanted to change or add, but I'm pleased with the result. The entire process was a great learning experience.

Credit to Job Roodhuizen who created a custom soundtrack to go with the video. It greatly helps setting the mood that I had in mind. 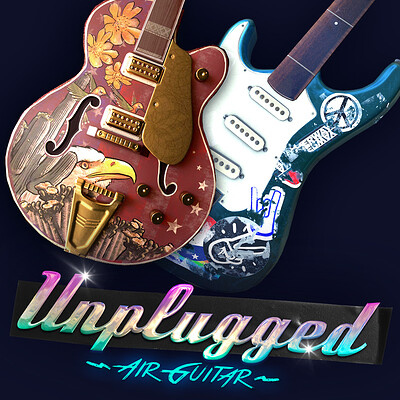